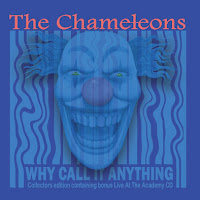 One of the albums is Why Call It Anything, the latest studio album from the Chameleons, originally released in 2001.

The release of 2013 includes a new cover by Reg Smithies and a second CD including live tracks from the concert at the Manchester Academy  in 2001, which were originally released in the Live At The Academy album, which is no longer available.

This is the full track list of this remastered edition:
DISC 1 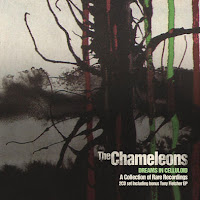 The second remastered edition corresponds to a collection of rare recordings Dreams In Celluloid, which originally appeared on the compilation albums The Fan and the Bellows and Dali´s Picture.

Furthermore, this new compìlation includes as a second CD the songs from the rare Tony Fletcher Walked on Water EP, originally recorded in 1987 for what would have been the follow up of Strange Times and which never came to life because of the split of the band on that year. This EP was also included in the Return of the Roughnecks compilation (also unavailable now).
The cover from Dreams in Celluloid is an art by Dave Fielding which was originally used for the Singing Rule Britannia single.

This is the full track list of this compilation:

According to Blue Apple Music, both albums have been released with full support by all members of the band.
If you are interested on these albums, please visit: