New THE SUN AND THE MOON EP 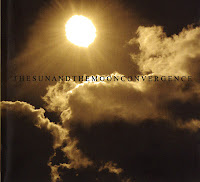 CONVERGENCE, the new THE SUN AND THE MOON Ep has been recently released in a limited edition, containing 4 re-recorded classic songs:

Due to the fact the original recordings are not available from Geffen, original members of the band (Andy Clegg, Andy Whitaker, Mark Burgess & John Lever) have decided to record again some of their classic stuff, and make it available for the fans.

How to get Convergence EP:

As per Mark´s inner sleeve notes, this will probably be the first of a few EPs of the same nature, so it´s likely in the near future we will see almost all the songs of THE SUN AND THE MOON being re-recorded.

This is a transcription of Mark inner sleeve notes:


"So The Sun And The Moon converge again to revisit and to some extent rediscover some of the songs we wrote together some years back.

As one of the writers and the lead singer of the band, I said some pretty unfair and uncalled for things about the original record back in the day. I wasn´t in a very good place in my head while we were doing it, or for quite a while after. This time I was in a better place and what began as a re-recording of a single song  for a Manchester benefit record became something else. This will probably be the first of a few EPs of this nature and I found the experience to be much more enjoyable this time around, and while they may lack some of the charm of the original recordings, and while the originals have the benefit of having been recorded in the mighty Cargo Studios in Rochdale, I do personally prefer these and had a better time doing it.

For one thing there wasn´t any pressure. Back then the two Andys were in the shadow of a couple of other guitar players I´d been working with, who even at that early stage were carving out a bit of a legend. While I understood to a certain extent, I felt at the time that the comparisons were unfair. While Andy Clegg and Andy Whitaker had developed their own slant on two-guitar-interaction, they´s done so completely independently over a long period of time and had established a style of their own; and what they did with that style, and what they wrote, was a different approach entirely. I also felt the pressure of the "okay, let´s see what he can do without the other two" mentality, while my divorce from them was still very, very wet. I like to think I rose to the occasion and, contrary to what some people may believe, The Sun And The Moon actually did hold its own. The EP "Alive; not Dead" containing the song Arabs And Americans, which is also featured here, actually charted, thereby equalling the othher lot at their best. The other lot held the all time attendance record at Manchester´s International, while this band held the same at the International 2. Over the years though this music has proved a little harder to keep in circulation than theirs. The original recordings have been unavailable for far too long with no singn that changing, so rather than take on the owners of these recordings in lengthy boring negotiation, we just decided we´d do some of them again. After all, if we wanted to jump through hoops, we´d have been athletes, not musicians.

So here is the beginning of the process. "Convergence I". We hope you enjoy it and that it will make you eager for more. Yeah it´s a bit dear for a four track EP I suppose, but everythings is these days."