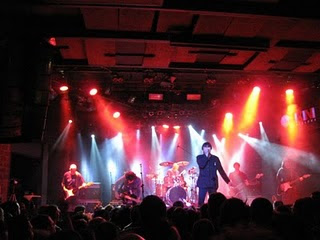 This is an update of the 2011 tour dates for ChameleonsVOX, the new band of Mark Burgess, reinterpreting classic songs from The Chameleons: