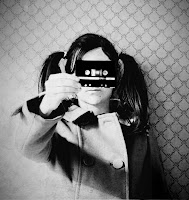 Andy Whitaker, formerly from Music for Aborigines, The Sun and The Moon and Weaveworld, has released a solo album, whose title is THINGS THAT HAPPENED ON EARTH.

An excerpt from Militant Milicent, one of the songs of the new album, can be listened to on the following web site:

The video of Your Car, another song of the album is also available in Youtube:


You can order the album on Wanderland Music Website:

According to Andy, the writing on this album happened organically and he had the title for the record from the onset.  ”This will be the record to leave behind when I’m gone.”  This is the album to send into outer space for other civilizations to get an account of what life was like on Earth.  Songs on the album delineate subjects such as The Suffragettes, The Dawn Of Man, Prostitutes, Religion, Love, Sex, Death and The Life of Andy.

The Album cover will be done by Photographer by Julie de Waroquier, who also did the covers by some Black Swane Lane albums.


A very interesting post by Jack Richard Sobel, in which he talks about this new album is available on http://blackswanlane.com/and-the-moon/