New Acoustic Album from THE CHAMELEONS 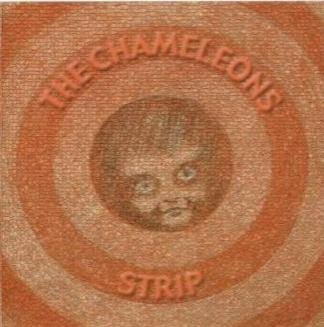 The Chameleons have released on June 2000 a brand new album. These are the very first studio recordings of the band after their split up in 1987.

The album is called Strip and it contains acoustic versions of early songs plus two new songs: an instrumental called Road To San Remo and an electric one called Indian.

This is the complete Track Listing of the album:

This CD is a torch after fourteen years of darkness to welcome the return of The Chameleons. An atypical Second Coming, because this is not the case of a mainstream group which returns only for economic interests. It is more the consecution of events which were unchained by the death of Adrian Borland, the 26th of April of 1999, personal friend of Mark and leader of The Sound, another cult group of the 80´s.

In this CD, The Chameleons re-encounter themselves as a band and set the basis for the second birth of the band. The acoustic versions have nothing to do with this unplugged fashion which wrapped the whole planet by the 90´s. The essence of their sound is still there in these strip melodies. We have to pay attention to the delicate beauty of On The Beach, the only acoustic version which was performed live in the Resurrection Tour on 2000 all over Europe.

As a prelude of what the future of The Chameleons can be, Strip includes an instrumental short song called Road To San Remo and Indian, a more conventional and electric song.

In short, not a must have CD from The Chameleons if you are not a devoted fan, but at last a fire has been lit to see the end of the tunnel for those people who have been treasuring The Chameleons trilogy as a present from God.

The following are the notes Mark Burgess has included in the sleeve of the album:

Hello
What Is It?
Well it's an album of acoustic arrangements of some earlier songs along with one or two new tunes...
But, What is it?
Well it began as a way for Dave, Reg and myself to keep busy until John could join us for rehearsals for some gigs we'd arranged to play in May, but we soon realised that what we were doing here was something rather special...
But, what is it?
Well it' a group of songwriters getting back together after a ten-year lay-off, rediscovering their own music and redefining themselves as a band...
Yes, but what is it?
Er... It's a new album by The Chameleons.... Basically! We are The Chameleons. Is this album number four? I'm not sure. Mark Burgess, 3.25 p.m., Reg's flat

Hello again
Well here I am writing sleeve notes for another fresh Chameleons record. It started with the decision in February to play a few gigs together in May 2000. For valid reasons I won't go into here it was impossible for John to come aboard until mid April, so rather than hang around waiting until then to start something the possibility of a few acoustic shows evolved into recording an acoustic album, which is the essence of what we have here. Our friend and advisor Simon Lawlor put up the money to make and press the record and it was originally envisioned that 'Strip' as it came to be called, would be a DIY project recorded on some equipment I have a 50% share in. As it turned out though, Shan Hira at Suite Sixteen, Rochdale, offered us the use of the studio over ten days at cost and we were able to return to the studio in which we'd made our name. Shan and another regular engineer at the studio, Jonathan Barrett, then worked with us for no fee over the period in order to finish the record in time. we can't thank them enough for making it possible for us to work at S16 and for working hard to ensure that the CD sounds so great.... Nice one! We'd also like t say a big thanks to Paul Fallon of Johnny Roadhouse Music, Manchester, for the practical help and encouragement he gave us during the pre-production stages of making this record.